Disinformation and Misinformation including lots of the Covid19 related fake news have recently been on the rise and spreading faster than actual news. Additionally, with “Scientific” election campaigns coming up in Uganda, anticipations that fake news might skyrocket are high. To understand the manifestation of Disinformation and its impacts on communities, the DHRLb together with Pollicy organized a webinar on July 14th, 2020.

Highlighting that whereas both have the capacity to cause harm when shared, the difference lies within the intent at sharing being deliberate for disinformation and by error for misinformation.

The brewing, spreading, and the manifestation of fake news

Lindsey Kukunda on the generation and spread of fake news Kukunda mentioned that fake news are mostly spread by bots. She defines bots as autonomous software applications designed to run the internet. Their actions are characterized by very organized and systematic repetitive behaviour, which explains why fabricated news move faster than the truth.

According to the evident impacts of fake news validating the taxation on the internet and the rampant internet shutdowns, she disagreed. And instead mentions that these are excuses only. The right thing would be consultations with the stakeholders before these directives can be passed and that way more efficient actions can be taken. 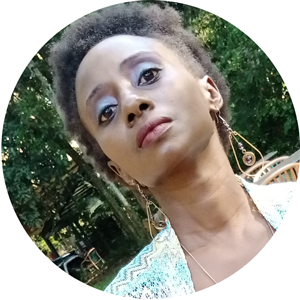 On the evident impacts of fake news validating the taxation on the internet and the rampant internet shutdowns, she disagreed mentioning that these are excuses, suggesting that the right thing would be consultations with the stakeholders before these directives can be passed that way more efficient actions can be taken.

Not enough is being done to curb fake news, Lindsey Kukunda points out. However she hints at the light at the end of the tunnel: A few government bodies have in the past been responsive online critiquing fake news and she called upon more government entities to take that up. She added that beyond government there is a need for more entities like social media sites and civil societies to do more as well in the fight to curb fake news.s.

Canary Mugume On journalism being threatened by fake news. Mugume mentioned that people trust journalists more than social media sites emphasizing that traditional media is fighting back at social media platforms by providing news in real-time before the public can be misinformed. 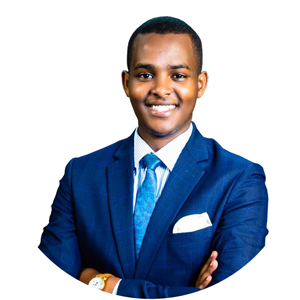 On censorship and internet shutdowns as a response to curbing fake news, Mugume pointed out that this move is more of an infringement on people's rights rather than one to curb fake news.

On imposing a social media tax to curb gossip online, he mentioned that policy should not be informed by such but rather the need to change the status quo - the Ugandan government should instead boost the capacities of Ugandans to be able to verify news and also make information available to citizens, that way the masses can spot the truth from false information.

He further discussed the need to allow journalists to fully exercise their mandate of informing the public that way citizens are fed the right information in real-time closing the gap for fake news. Emphasizing that this works for the government's own good because most fake news taints the government’s image.

On the Ugandan Electoral Commission’s decision to move the political campaigns to mass media, he said this sets unprecedented concerns of data protection and privacy: The existing legal framework in Uganda (the Data Privacy Act) falls short on enforcement. That gives chance to data miners and brokers to exploit these gaps to manipulate and influence voter’s views and opinions. He suggested the need for scrutiny and verification of all political advertisements to make sure they contain no hate speech. Additionally political players should declare their sources of personal data and how they intend to use it.

In line with data privacy, he suggested the need for the governments to sensitize citizens about their data rights with emphasis on consent, or else citizens’ data be mined and exploited without consent.

Nelson Kwaje on the impact of misinformation. Kwaje mentioned that the politicization of the coronavirus disease and its response in Kenya led to a lot of misinformation. Even the Kenyan health minister came out to publicly criticize spraying booths saying they do not lead to prevention of the virus. This would rather lead to relaxation among citizens and thus spreading the virus. 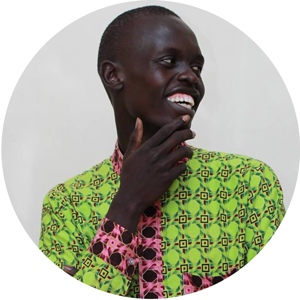 He also sighted Governor Mike Sonko who mentioned the need to add alcohol in the food reliefs that were being given to the public as another example of political interference which misinformed the public. It could be resulting in some citizens resorting to drinking alcohol as means to disinfect themselves from the coronavirus.

He attributed misinformation to the government’s one-way mode of communication which allows no feedback from the people creating room for suspense thus the making of fake news.

On misinformation coming from sources that are supposed to be trusted like the government officials, he stated a scenario from South Sudan: the COVID19 committee was fully composed of politicians and lacked virologists. Because of that, inaccuracies were spreaded.

He gave an example of Uganda where the president criminalized the politicizing of the coronavirus disease responses as well as Kenya where most of the addresses on COVID19 were given by the minister of health. Thus making the information very coherent and effective as it was coming from a trusted source. He suggested the need to allow the technocrats and professionals to be at the forefront of addressing the issues on COVID19.

He emphasized that fake news can cause real harm in societies, mentioning the bigger impact which is people losing trust in public authorities. This effect could be making it hard to have public discourse or even proper elections in that manner.

Blessing Naturinda on the brewing and spreading of fake news, Naturinda mentioned that creators of fake news dwell on society’s fears, prejudices, ignorance, and emotions to push their agenda using the enabling environments just like the COVID19 pandemic to steer the spread of fake news. 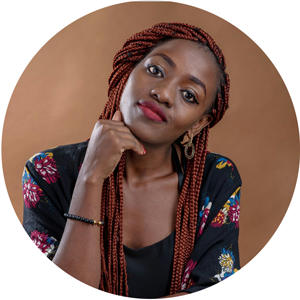 On examples of disinformation, she sighed the claims that black people do not contract the coronavirus. Because people had scant knowledge about the virus many were led to believe this. Thus their relaxation caused cases of coronavirus disease shooting up within their communities, a clear example of how fake news impacts communities.

She applauded the World Health Organisation and governments for being key in busting the fake news while sharing concrete information about the coronavirus disease.

Naturinda, however, mentioned that the pandemic has taught Ugandans where to look for credible information with the majority now choosing carefully what kind of information they choose to take in and share. She mentioned that over time Ugandans have learned to only trust information shared on the minister of health’s social media platforms as the only credible source of information related to the coronavirus disease.

On criminalizing fake news, she referred to it as extreme, sighting the case of misinformation where those sharing the information are not aware it is inaccurate. She quoted that “The measure in a good law lies in its clarity and ambiguity”, stating that the law should be very clear on what the citizens should do and shouldn’t. She then suggested that governments rethink the strategies of curbing fake news.

On whether governments are doing enough, she negated suggesting that governments should work hand in hand with mainstream media to carry out sensitizations rather than shutting out the people.

Find the full session HERE on our Youtube Channel

Human rights defenders, journalists and people in positions of marginalisation or vulnerability are exposed to many threats and risks like state and non-state surveillance, repressive censorship, phishing, hacking, data loss.

Especially in times of global crisis it is our task to beware of and address various human rights violations linked to the current Covid-19 pandemic.

Pollicy is a civic technology organization based in Kampala, Uganda.