Navigating life during floods in the pandemic

Charity Mugasha describes how the butcher Nuwasasira Sylvia manages her life despite adverse circumstances and lists how this courageous woman could be supported.

The first half of 2020 is coming to an end. As the world continues to evolve in ways we are still trying to understand, I decided to take a walk within my own neighbourhood to observe how others besides myself were navigating the current rough tides.

I noticed an outstanding woman named Nuwasasira Sylvia who runs the local butchery around the corner from where I live. It was the very first time I had seen a female butcher, so I quickly struck up a conversation with her, sharing my excitement at meeting an African woman in a vocation that is typically run by men.

It wasn't long before we started sharing life experiences and sentiments on how trying it can be, to break away from socially constructed barriers as African women to rise to our full potential. Sylvia agreed to share with me her life story, in the hope that her voice can be heard, and that others going through similar situations can be inspired.

How did we get here? 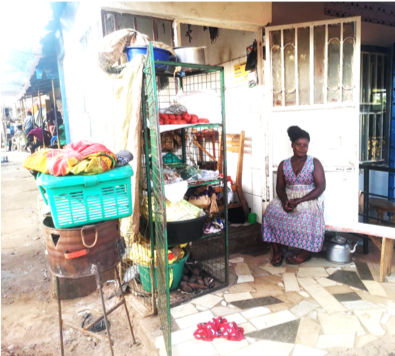 Sylvia is hard to miss if you happen to be taking a walk, or driving by the boda-boda stage in the Bukasa-Muyenga area; she definitely holds a certain presence to her. She runs the butchery where people walking or driving back home will stop for their daily supply of meat. A It’s almost impossible to grab a few quick minutes to have a chat with her as her spot is constantly bustling with activity.

While we were chatting, I seemed to have struck a chord with her when I started to talk about the alarming number of teenage pregnancies, rape cases and domestic violence reported during the COVID-19 Pandemic. She goes ahead to share with me about how similar her story is to a lot of what we read and hear on the news.

Sylvia was orphaned at an early age; She was married off before she was 16, as it was the only way she could have a roof over her head. She had her first child at 16, and quickly had to figure out how to support herself and her children. She worked a number of jobs as a maid, but was consistently mistreated by employers and eventually decided to start working in hotels.

Sylvia shared that her childhood dreams were centered around obtaining an education, but due to lack of tuition fees, she was forced to drop out of school in primary 7. She is currently singularly taking care of a household that includes 7 children, of whom 4 are biologically hers, one adopted from a recent marriage, and two adopted from one of her siblings. Her husband stopped supplementing the household income immediately after the nationwide lockdown began, and developed an alcohol habit that worsened in the months to follow. Sylvia has had to carry the weight of the household bills single handedly, in addition to dealing with verbal abuse and loss of hard-earned money to her drunk husband, daily.

And then there were floods 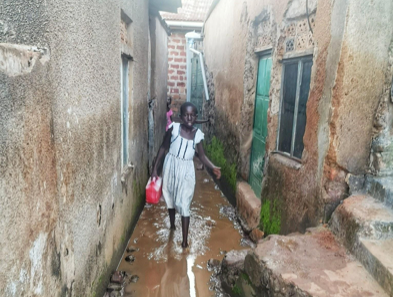 Uganda’s capital, Kampala is one of the major cities that lies on Lake Victoria, whose shores are home to around 5 million people. It is the largest tropical lake in the world, and its outflow is a major hydropower source, supplying most of the East African region with electricity.In recent months, the lake’s water levels have reached their highest point ever recorded in 120 years, with a variation of up to 3m; leading to the displacement of thousands, and extensive flooding of infrastructure.

Sylvia used up her life’s savings to build a house by the shores of Lake Victoria, which unfortunately was affected by the flooding. As soon as the flooding occurred, staying in the house was not an option, as she did not want to incur the extra cost of handling medical bills in case one of the children got ill from the unsanitary conditions.. She decided to sell off the doors, and iron sheets from her old house and rent a new space, further increasing her monthly bills. 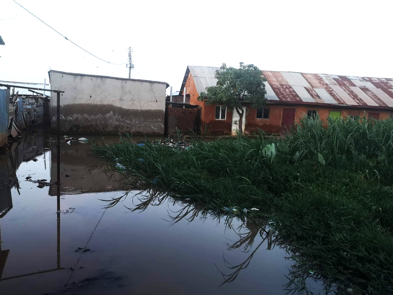 Her day typically starts at 5am with the setup of her stall which is a 15 minute walk away from her home, along with some of her older children. She says her biggest setback has been access to a broader market base, since the purchasing power of her existing customers has significantly declined, due to the COVID-19 pandemic.

I asked her if she was aware of online platforms where she could increase her market base by moving some of the business online. She shared that she had no clue how the platform worked.

What should/can we do? 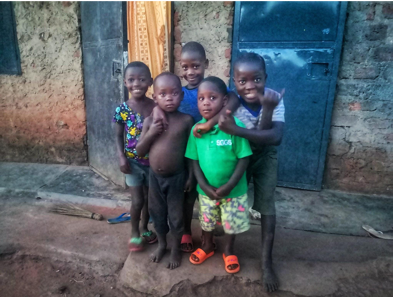 For starters, place an order with Sylvia! Also think about how you can utilise your resources, networks, and skills to help elevate people like her and connect them to the current digital age. How are we preparing the majority of Ugandans, who have no access to smartphones or the internet, for an industrial revolution that needs them to adjust their mode of interaction with the customer?

More globally, it is critical to note that a combination of all the current disasters affecting countries like Uganda is not random; as the floods due to rising lake levels and infestation of locusts can all be linked to climate change.

Floods in the region have displaced tens of thousands of people and killed hundreds; combined with the COVID-19 pandemic, locusts, and a government initiated lockdown; there has been an increase in vulnerability and a reduction in the ability of the population to engage in social distancing and to practise the required restrictions in order to control the spread of the virus.

As we continue to innovate and problem solve for issues related to the spread of the virus, we must consistently pause and think about tailoring more inclusive and long term solutions which address the projected impact of climate change on populations and ecosystems. Any plans to increase resilience for people like Sylvia must account for such inter-connected events.

Sylvia gave me permission to share her contact details (0784333722) online for anyone in the Bukasa-Muyenga area looking for some fresh beef and goat.

Especially in times of global crisis it is our task to beware of and address various human rights violations linked to the current Covid-19 pandemic.

Design without Borders Africa (DwB) is a product and service design consultancy with offices in Kampala, Uganda and Oslo, N…