The sexual-assault crisis in Uganda: how cases are handled

It’s devastating that 1 in every 5 women has been a victim of sexual assault. It is sad knowing that we live in a society that perpetuates victim-blaming and gas-lighting and thus shames sexual-assault victims into not speaking up.

Sexual assault as a form of violence involves any sexual act and unwanted sexual advances, using coercion and threats of harm, by any person regardless of relationship to the victim. According to a report by Amnesty International in April 2010, women are four times more at risk of sexual assault than men.

It is absolute insanity that in the 2020 Uganda Police Crime Report there were 14,134 cases of defilement and 1,519 cases of rape. It's even worse acknowledging that these numbers only count actually reported cases because most victims do not report. But, when a sexual-assault victim decides to report, there are medical, investigative and legal processes that help rehabilitate the victim and achieve justice.

According to Dr. Sylevester Onzivua, a trained forensic specialist in sexual-assault cases, it is important to report sexual assault because victims need care. For instance counselling because if not handled psychologically well, sexual-assault victims may succumb to fatal mental trauma. At the Makerere University hospital, for example, admitted sexual-assault victims are directed to a counsellor first before proceeding to a medical officer. 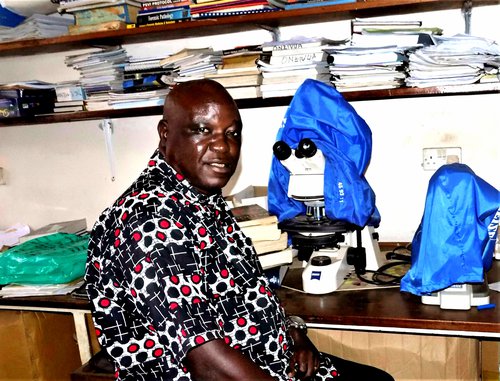 According to Dr. Onzivua, medical examiners use the sexual-assault kit to gather evidence and administer emergency medical help to victims. This involves a pregnancy test and emergency contraceptives. A sexual-assault victim is also tested for HIV/AIDs and put on Post-Exposure-Prophylaxis (PEP). Then the doctor attends to the assault wounds and collects DNA from the genital fluids and under the victim’s fingernails, in case she defended herself during the attack. This emergency care needs to be given within 72 hours. Dr. Onzivua advises that, if avoidable, the victim should not shower which makes it easier to gather semen for DNA evidence.

According to the Uganda-Police head of the unit that handles sexual assault, Rosemary Nalubega, sexual-assault cases are allocated to an investigative officer who fills Police Form 3A and escorts the victim to a health center for medical examination and collection of forensic evidence “The victim then gets psycho-social support while investigations go on. We also inform the Director of Public Prosecutions (DPP) for further guidance on the case.” Madam Rosemary asserts.

However, we live in a society where sexual-assault victims don’t report to the police. Madam Rosemary explains that, “People fear retribution because they are going to be blamed. Additionally, the bureaucracies during the process of investigation and prosecution frustrates them so they withdraw from the case.”

Police officers’ attitudes may also discourage victims but Madam Rosemary notes that police officers are now trained on ways to receive victims of sexual-assault with care.

The prosecution of sexual-assault cases stipulates that the DPP's office must avail specific evidence. This includes statements of the victim, the police officer and the medical examiner, then crime scene evidence and injuries of the victim, DNA evidence, the age of the victim, witnesses (if any) who attest to the crime and the physical identification of the victim.

However, the justice turn over for victims still remains inadequate due to case backlog, poor investigation by the police leading to acquittal of offenders and intimidation of the victim by the Police or relations to the perpetrators of sexual offences.

These sexual offences are prescribed in the Penal Code Act, Cap. 120 and include rape, aggravated rape, defilement among others. Additionally, there is a new bill, The Sexual Offences Bill, 2019 passed by Parliament and awaiting the President’s signature. The Bill adds on some of the following offences,

The truth of the matter

It's deplorable that sexual-assault victims are often asked what they were wearing or whether it was at night. Societal response to sexual assault has often aimed at gas-lighting the victims with responses like ‘are you sure’ or ‘but he is such a nice guy’. As such a lot of victims opt not to report.

Active Youth Africa (AYA), on 1st May, organized a peaceful demonstration under the theme ‘believe the victim’. AYA mobilized females and males alike, rallied at the Mulago and Jinja-road roundabouts, and demonstrated against sexual assault whilst supporting victims to speak up.

According to madam Rosemary, when it comes to sexual-assault cases, victim involvement is very key. It therefore stands to reason that victims must have their voices restored and supported to be able to go through all the processes involved in ensuring a successful conviction.

It’s a good strategy to also teach people about the reality of sexual assault and support victims to speak up. Additionally, the Ministry of Health has to avail emergency medical service countrywide. The police and medical officers should also be educated and trained to know how to handle sexual-assault cases.

While this article is reactive, my hope is that it sets up a foundation for proactive solutions to the sexual-assault crisis. I also hope that in knowing what to do when sexual assault happens, more victims will report, feel heard and receive justice, and more perpetrators will be convicted and shamed.